Fobnail is a project that aims to provide a reference architecture for building offline integrity measurement verifiers on the USB device (Fobnail Token) and attesters running in Dynamically Launched Measured Environments (DLME). It allows the Fobnail owner to verify the trustworthiness of the running system before performing any sensitive operation. This project was founded by NlNet Foundation. More information about the project can be found in the Fobnail documentation. Also, make sure to read other posts related to this project by visiting fobnail tag.

This phase was mostly about implementing attestation. It includes splitting the current implementation of Fobnail (aka Verifier) code into separate modules. A module for previous phase (platform provisioning) is started only if Fobnail doesn’t have platform-specific artifacts saved in flash. A module for attestation is always started, either as first stage or immediately after provisioning, to test if provisioning succeeded.

We also fixed some hardware issues that forced us to not use nRF52. nRF52 still can’t be fully used due to inability to provision Fobnail Token itself, but this moves us closer to the final, remote (i.e., not running on the platform being verified) implementation of Fobnail.

For definitions of roles and artifacts mentioned throughout the post, see Remote Attestation Procedures Architecture and our documentation that maps those to Fobnail components.

Attestation is a process during which Verifier (Fobnail Token) asks Attester (host platform) for Evidence (in our case this is signed TPM quote), and based on it creates Attestation Results. This process is additionally controlled by Appraisal Policy and Reference Values. In general, Attestation Results may have complex format that is later appraised by another party, but in case of Fobnail this is binary good/bad output.

Reference Values in form of RIM were created and passed to Fobnail Token in previous phase. A per-platform Appraisal Policy is expected to be installed during remote platform provisioning. In case of local provisioning, a default policy is used.

Default policy for Fobnail includes comparison of hashes of PCRs 0-7 and 17-18, for SHA256 bank. It is checked by using TPM2_Quote() command, for which Fobnail Token sends, in addition to PCR selection, a nonce that is included in a signed response. This protects against replay attacks, and in combination with TPM mechanism against signing external data starting with magic number also proves that Claims (values read from TPM) and Evidence (values sent to Verifier) are fresh.

Reasoning for choosing this particular set of PCRs is that PCR0-7 are used by pre-OS environment, and PCR17-18 are used in DRTM flow. Other registers are used by OS and may change after software is updated, which would require frequent re-provisioning of the platform. SHA256 is the only algorithm commonly used – SHA1 is deprecated and SHA384, while mandatory according to the latest TPM specification, is not implemented by majority of available TPMs.

In addition to configurable part of policy described above, there are also implicit assumptions:

Previous build instructions still apply. These are commits that were used at the time of writing this post:

Plugging Fobnail Token into a USB socket didn’t work all the time correctly – details in issue. We have searched through git repositories of libraries we use and updated them to their latest versions, but it didn’t help, so we started looking for a point in our code.

We already knew from dmesg and from Wireshark that USB was failing due to packets not arriving to host. Starting by checking USB interrupt handler, we very quickly found that interrupts didn’t fire right in time after initializing USB, and delays were up to 85 ms.

This turned out to be the direct cause of USB failure. At first, we tried profiling USB driver interrupt handler and critical sections, and both were taking less than 1ms delay. Eventually, we discovered that the problem lies not in the USB driver but in the NVMC driver, which we use for storing persistent data in flash memory. When writing to flash, NVMC will stop CPU while writing, and erasing a single 4K flash page takes exactly 85 ms. This is documented as t_ERASEPAGE in nRF52840 specification.

Fortunately, nRF52840 has a feature called partial erase, which allows us to split erase into many iterations. Instead of sleeping once for 85 ms, we can 85 times for 1 ms, allowing a USB interrupt to fire in-between. nrf-hal didn’t support partial erase, so we implemented this on our own and opened PR.

We have a problem with LittleFS corrupting itself, usually during certificate installation. So far, we haven’t discovered the exact cause of the issue, and we are still working on this. It looks like there is an error located in Rust bindings to LittleFS since it doesn’t occur with equivalent written in C. The problem is described more in-depth here. 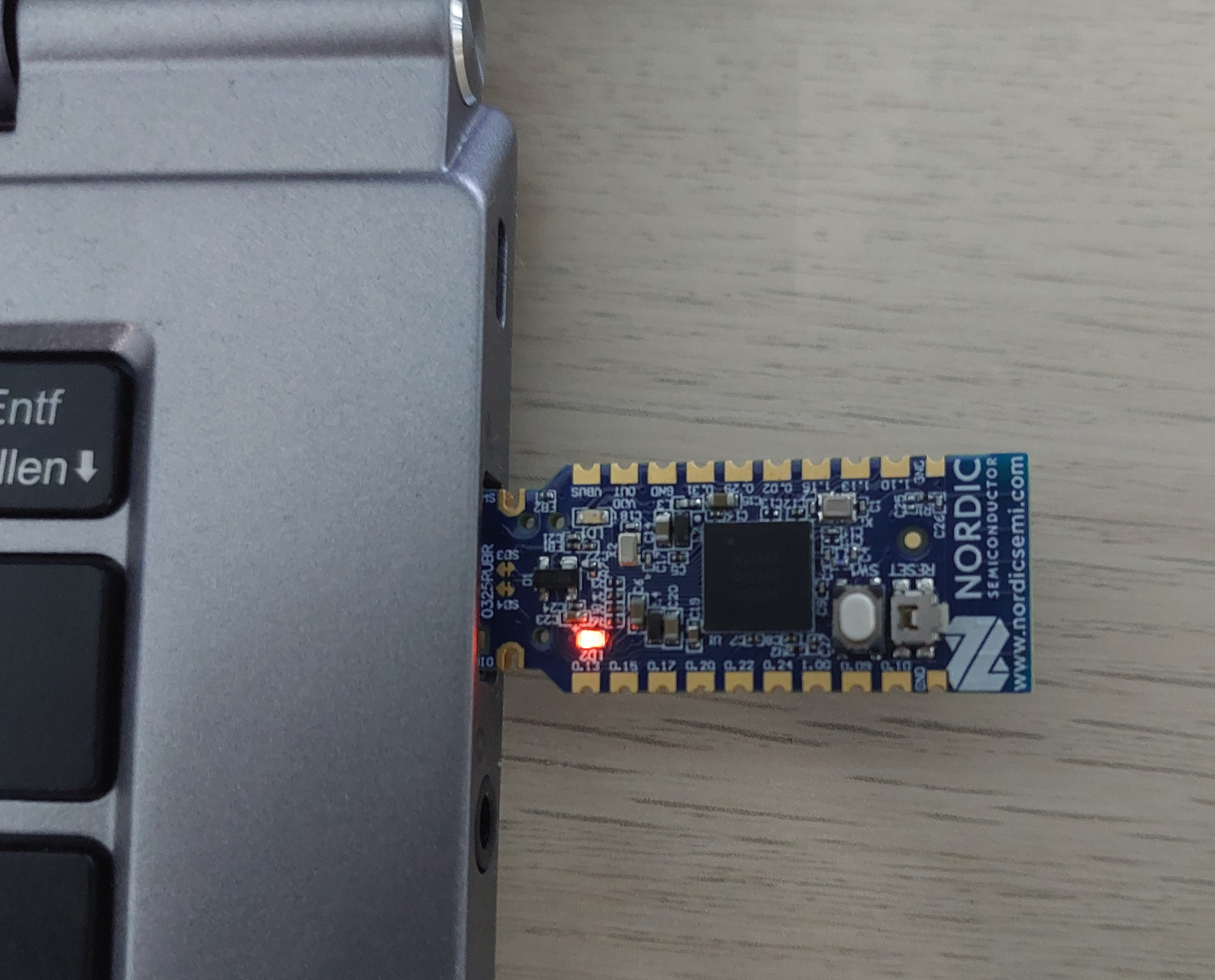 Right now Fobnail blinks with red LED, because we don’t have support for installing certificates into flash (we support this but only for emulated flash on PC). We will implement this during the next phase. Until then, you can comment out code responsible for certificate verification.

If you think we can help in improving the security of your firmware or you are looking for someone who can boost your product by leveraging advanced features of used hardware platform, feel free to book a call with us or drop us email to contact<at>3mdeb<dot>com. If you are interested in similar content feel free to sign up to our newsletter