Nezha board is a development board that is designed by an AWOL. This project uses a D1 SoC from Allwinner which is used for the first time by the general public. Probably this board is the first massive produced and available SBC based at RISC-V architecture taking in mind a fact that BeagleV™ was canceled in august this year after the pilot program with version beta of the board. The Nezha board can be acquired at Aliexpress from PerfXLab Store or from Sipeed Store.

This article is such an opening to the series of posts about Neza D1 where the basic facts, specification and firmware stack of this SBC are described and present.

The name of this board is taken from a fictional character from Chinese literature. “Nezha” also means “The third prince” and he is a God which was fighting with dragons and snakes. His sign can be found on the board:

The Nezha uses Allwinner D1 SoC with single-core XuanTie C906 64-bit RISC-V processor running at 1.0GHz. This SoC has also a blocks as HiFi4 DSP or G2D 2D graphics accelerators. It has 1GB DDR3 RAM memory and 256MB SPI NAND flash. As massive storage also a microSD card can be used. Board has also a various of the peripheries such as Ethernet, WiFi & Bluetooth module, HDMI, type-c USB OTG, type-a USB HOST, and dedicated header for serial communication (UART) which at the board is described as DEBUG. To power up this board the 5V/2A power adapter will be needed. For full specification please refer to the official site. 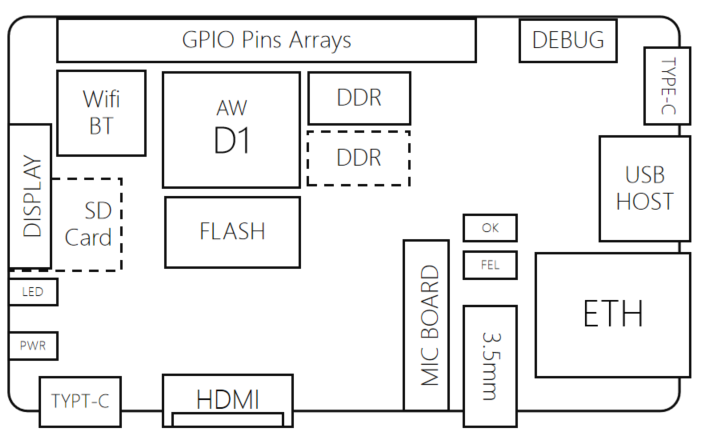 The presented copy comes with a quite extensive package which contains board, USB-UART converter, 2xUSB type-c cables, and screws. 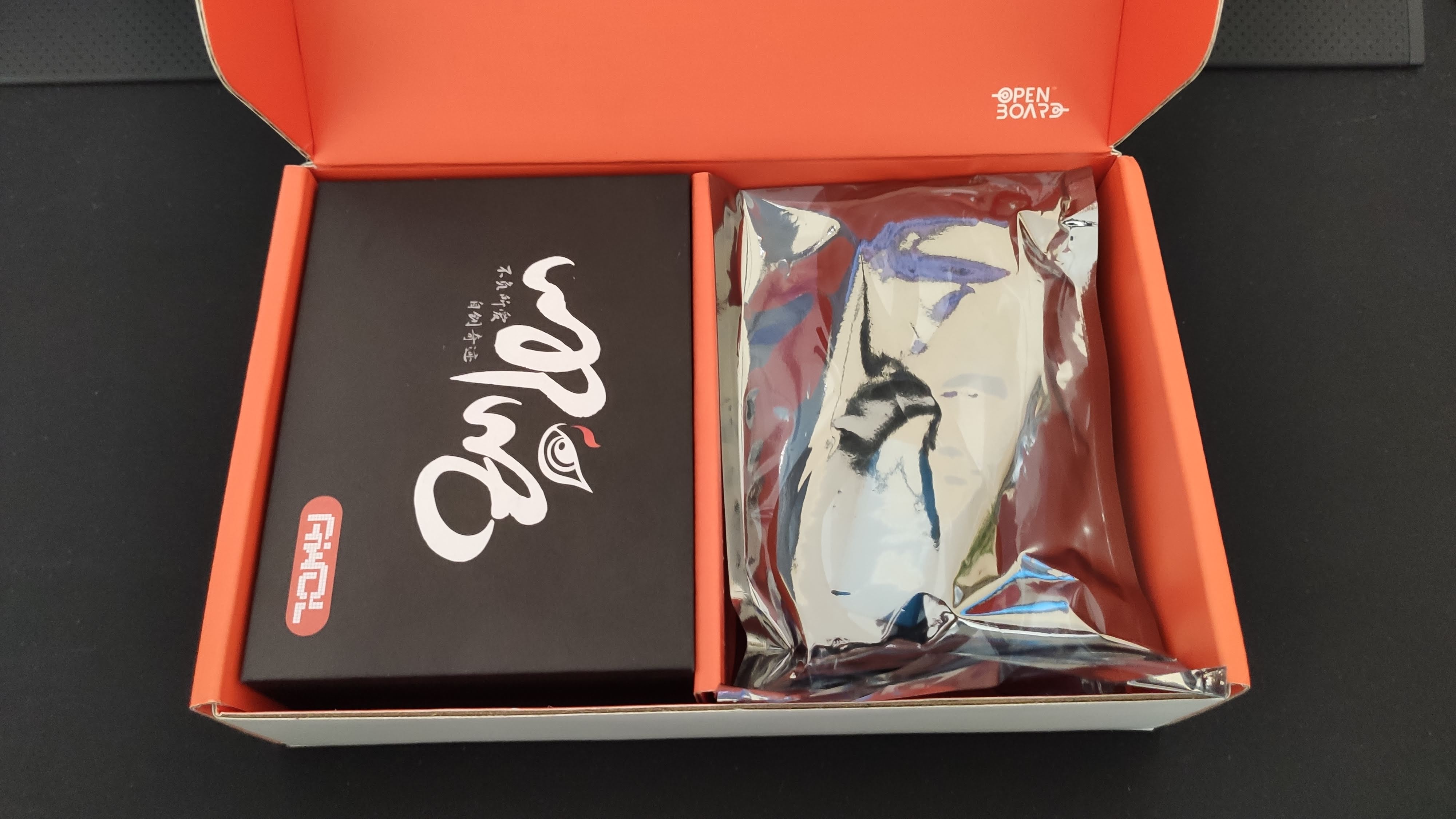 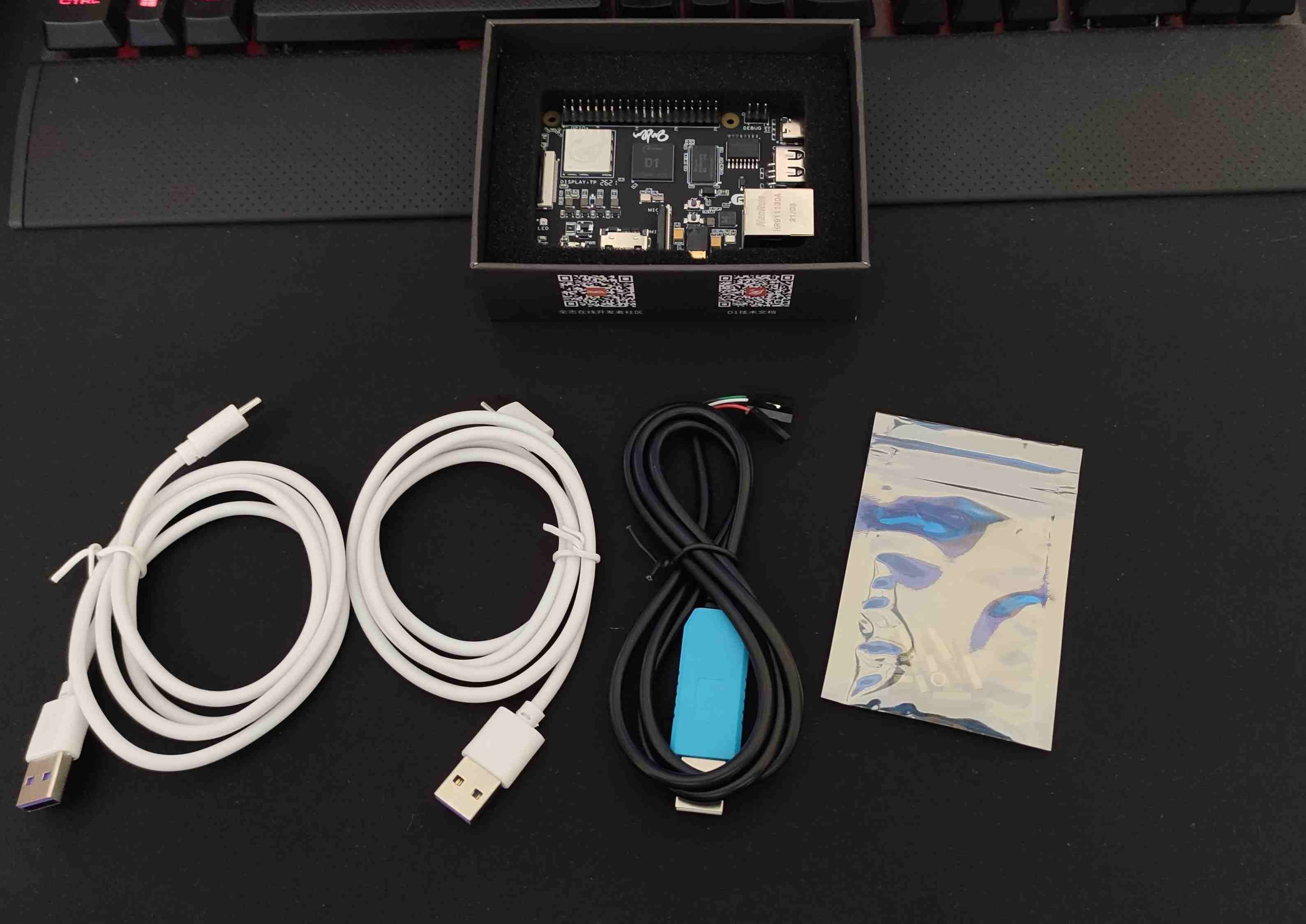 For now, the D1 Nezha development board comes with Tina Linux system which is a fork of the OpenWRT. You can find information about it here. It supports kernels such as Linux3.4, Linux3.10, Linux4.4, Linux4.9, Linux5.4, and others. There are also other distributions available such as Debian (Sipeed and PerfXLab versions) and Fedora. All of them can be found and download here.

On the other hand boot firmware on D1 consists of three parts, which largely correspond to the components used by 64-bit ARM SoCs:

More information can be found at linux-sunxi wiki.

As it is described in many posts and comments on the entire internet, the board was shipped with Tina Linux installed at NAND. Below you can see bootlog from this version:

As you can see first two lines come from boot0 and then further are OpenSBI and U-Boot. If you analyze logs you should manage that kernel and rootfs are loaded from NAND:

After Tina starts up, the green LED blinks. 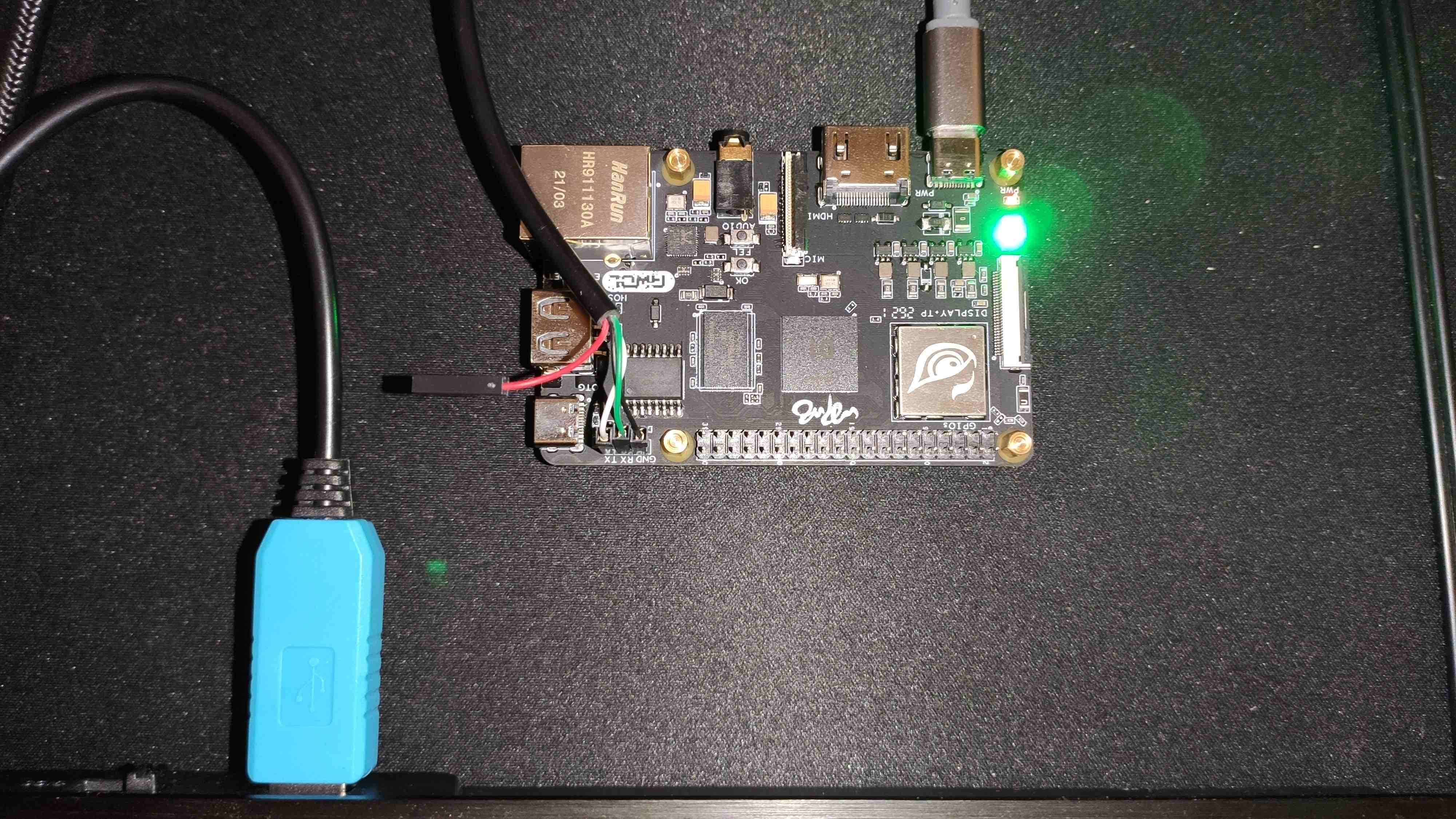 There are two available distros of Debian. In this section let’s take a look at one of them prepared by the PerfXLab.

As you can see bootlog is different than for the Tina Linux. Basically, this difference is visible in logs from boot0 where we can read the information that this time the SDCard is detected and start to read data from it.

The system starts up and enters the login interface after powering on for about 1 minute. During this process, the LED light will turn on in blue and go out after 5 seconds.

Test of the wireless connection

Now let’s test a WiFi connection. For this purpose, it is needed to do some preparations:

After these steps we are prepared to proceed with a test as follows:

As result, we receive information about sender and receiver speed. The board was connected to 2.4GHz network:

The numbers have spoken! I can say that it is a not bad speed, but it is a half, I got in comparison with my Huawei Matebook D.

Certainly, Nezha’s design is interesting. Many of the key elements for the operation of the system is still being developed and we would like to have some contribution to the software for D1 Nezha, for example, support in the Yocto Project. Please let us know in the comments what do you think about this board and what should we check?

If you think we can help in improving the security of your firmware or you looking for someone who can boost your product by leveraging advanced features of used hardware platform, feel free to book a call with us or drop us email to contact@3mdeb.com. If you are interested in similar content feel free to sign up to our newsletter.

Cezary Sobczak
Junior embedded systems developer at 3mdeb. Require a lot from himself and want to extend his knowledge. He's now focused on Linux embedded systems but also is interested in the modern automotive industry and microcontroller programming.

HummingBoard Pulse with Yocto and Buildroot