The Bit Bang Theory with RTE

When you are working with firmware and embedded systems usually you flash some microchips at least several times a day. Often you use SWD (Serial Wire Debug) interface to do so. It is fast and simple but requires an additional device, a programmer, which sometimes tend to crash. RTE (Remote Testing Environment), which we use to control devices under tests, is equipped with many interfaces to contact with our device in any possible way. But not SWD. The whole idea is to emulate it with dedicated software and make use of the state of RTE pins for all parameters of the signal: timing, levels, synchronization, etc. and use it to flash microchip.

This technique is called The Bit Banging.

So, let’s assume, that we have some board with a chip, i.e. STM32 series, which is very popular, and a binary image, which will be used for firmware upgrade. To do it, at the very beginning we need some software that provides us a way to manipulate the state of RTE pins as if they were pins of a programmer. As we prefer open source we used OpenOCD (Open-On-Chip-Debbuger). This is a well-developed tool for such jobs, but, unfortunately, it doesn’t support Orange Pi Zero. And this is our microcomputer attached to RTE.

It doesn’t support it YET.

After compiling OpenOCD and all the required libraries on Orange Pi Zero we’ve compared pinout of it with the pinout of Raspberry Pi 1, which on the first sight has been similar. It was the same similarity as between a dolphin and a shark, as we get close to it appeared to be much different. The only thing the same was a number of pins.

After studying of RTE and Orange Pi Zero pins usage and accessibility we’ve chosen three sets of pins, that we considered being our candidates. SWD interface requires three connected routes (SWDIO - data in and out, SWCLK - clock synchronization and NRST - reset signal) and ground connection. Our pins had to be connected directly with Orange Pi pins and shouldn’t be used for any other important purposes. Next step was to create a configuration file to translate OpenOCD which pins we want to be used and in what purpose. It also had to be described what OpenOCD should try to pretend to be (it can emulate many interfaces).

We tested RTE expander pin header, which turned out to be too slow, next was OC buffer pin header pins 1-3, which doesn’t support such action at all. Finally, it appeared, that header responsible originally for reading a device under test Power LED value, though it was directed in by default, fits our needs. 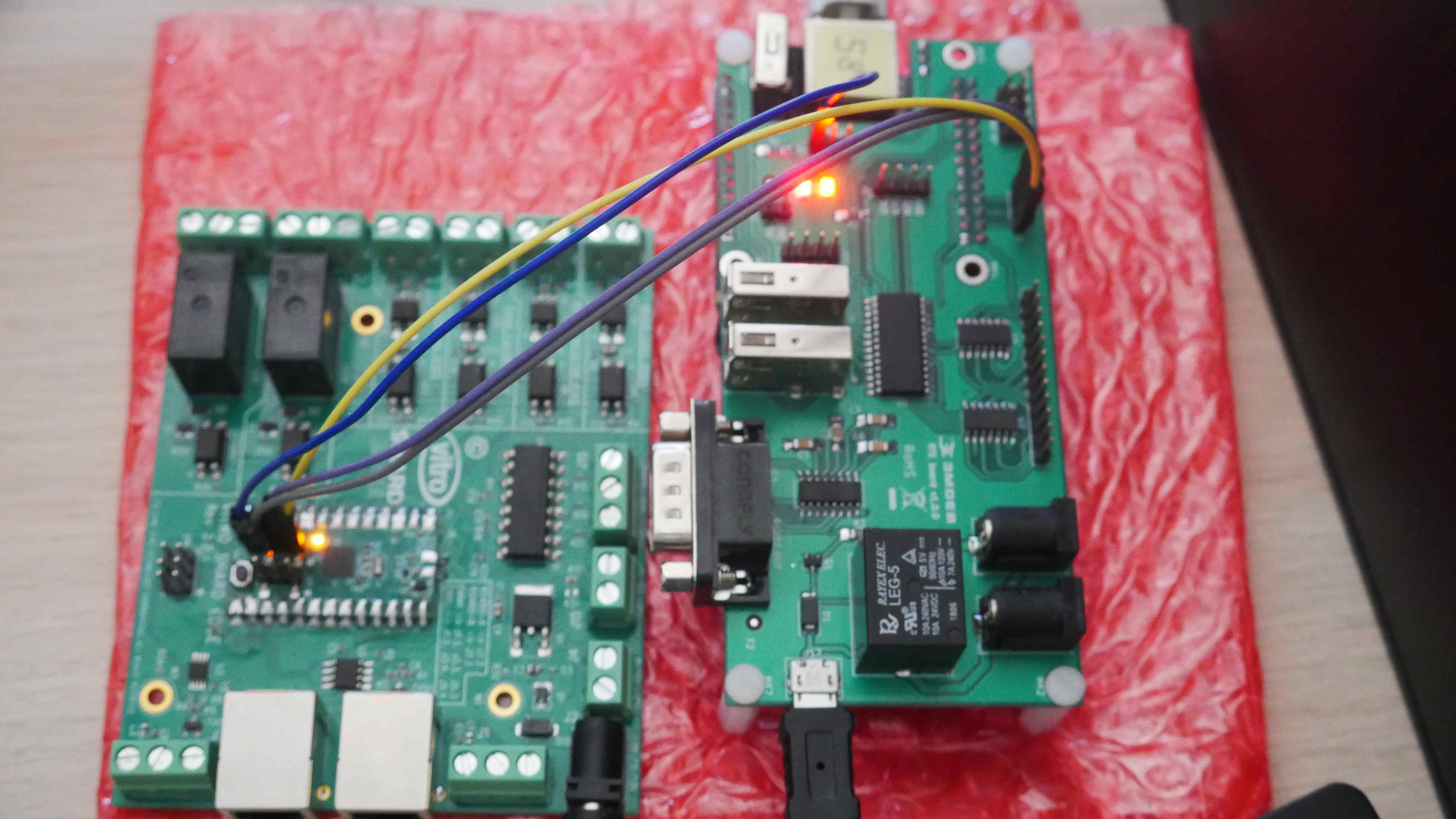 But it was still required to create a file for configuring flashing action (well, it can be done with a console, but in our case, it would be a bit long).

After creating directory ~/bootloader and copying there an example binary image, we created file openocd.cfg which was filled with:

Then we typed openocd in bootloader directory. There is no need to add any more, everything is in the config file we created.

But there were some errors…

Yes, sometimes there are some errors thrown:

But in OpenOCD documentation, this is described as more or less irrelevant. All in all our microchip has been flashed, and this action has been verified.

Bit Banging method means emulating some hardware interfaces using software operations on other interfaces. Popular software in this matter is OpenOCD. This article shows an example of how to do it with an Orange Pi Zero, that is not currently supported by OpenOCD. And, in consequence, how to become a better person.

How to handle a DHT22 sensor using ARM mbed OS?