This guide should be considered as a simple walk-through for using APU3 platform in some generic use-cases. I’m trying to explain how to work with the device and use it in a generic manner. There is a part about the coreboot firmware, which could be used as a reference of how to start customizing it for own purposes.

At first, let’s figure out some basic requirements for our new device:

APU3 has 3 mPcie slots. Unfortunately it supports PCI express only on slot mPCIe 1, so WiFi card has to use it. For the second WiFi card, we could use mPCIe 2 slot, but we would need USB only type, which are rare. Instead I’m using some cheap Ralink RT5370 based USB dongle WiFi adapter. mPCIe 3 slot will be used for mSata drive. 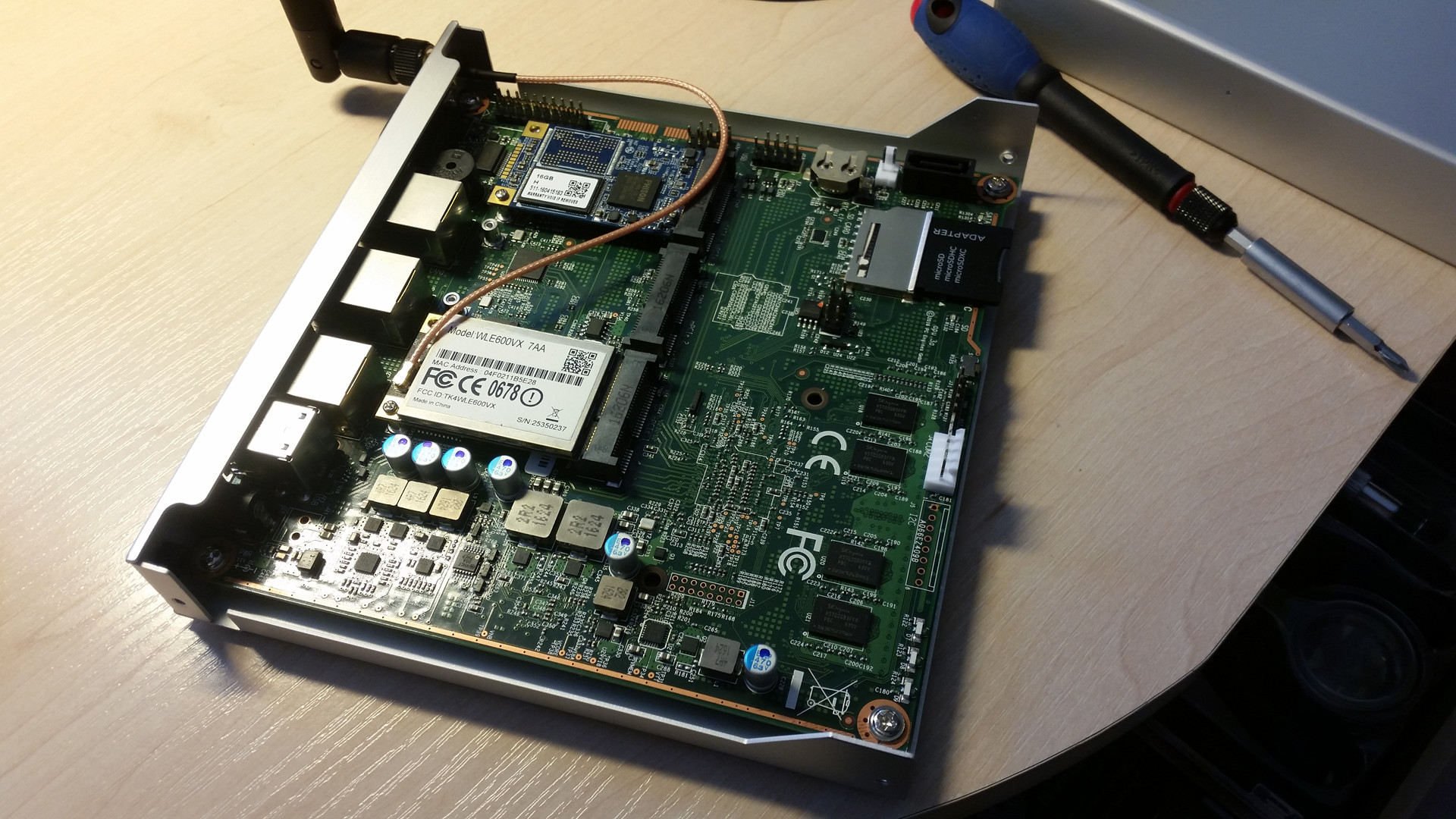 For the OS drive, I’ll use some generic µSD card with adapter.

mPCIe 2 slot could be used in future for GSM modem or some other kind of USB device in the form of mPcie card.

We will use latest stable version which is Chaos Calmer, in order to be compatible with upstream packages. Thanks to that we can just use the opkg to download new version of packages from the main OpenWRT’s repositories.

The sources we need are located on github.

To build our first image we first need to configure the OpenWRT:

Our target is APU system, which has AMD x86_64 CPU. So let’s use generic settings:

… and then Exit and make.

After compilation our image is in bin/x86 dir. We need a SD card to burn the image and boot the system on the target platform. On my host system, card is present under the device file /dev/sde.

Warning! Carefully check the device the card is present on your system. This is potentially dangerous operation and can lead to lost data, when used wrong device!

To make the first boot we need some kind of serial adapter (USB to RS232) and null-modem cable. There is a RS232 port on the back of the APU board. We need to connect it there.

To make the connection, I’m using screen, but other kind could be used (e.g. minicom). Default parameters for COM port are 115200 8N1. This is the command I’m using:

Immediately after powering the device, the coreboot welcome string should be seen and one could enter simple boot menu. Default configuration should be ok and SD card will have priority over different devices (it can be changed).

First OpenWRT boot will most propably hang on this string:

After short investigation it appears, that we don’t have support for the SDHCI controller on APU board, so we need to enable it. We need to modify the kernel configuration, so we use this command:

In the config we need to select those drivers:

Now the system should boot without problems.

After booting the systems it appears we don’t have any connectivity (ethernet nor wifi). When trying ifconfig -a we can see only the lo interface.

Let’s install some additional packages, which should help us investigate

When the image is built and system is booted on target we can use lspci -k to check which devices have kernel modules assigned to them and which don’t. This lspci flavour is pretty poor, compared to usual one, supplied with main Linux distributions, but should be enough for our uses.

Among others, we can find these devices (VID:DID), which look interesting:

According to this page we’re looking for these devices:

We need to find drivers for those. It seems, that Intel is using CONFIG_IGB kernel option for its driver. Module for Atheros card is in OpenWRT. Let’s deal first with ethernet controllers:

Need to mark this driver:

As for the rest:

And also some packages we’ll need to set up the access-point: * Network: * hostapd * wpa_supplicant

Unfortunately, during my build I got and error. After rerunning make V=s it appears that kernel hasn’t got the full configuration it wants. I managed get by this problem checking this option in make kernel_menuconfig:

After successful build and boot. I got:

So I’ve got the network.

It’s good idea to set the default password using passwd utility. Thanks to this we can login using the SSH connection.

If you want to add your public key to authorized_keys file, which is usually placed under .ssh dir in user’s home dir, it has to be placed in /etc/dropbear/ dir or it will be ignored. Make sure that permissions to the file are also set right (600).

We can also set some other IP address for the ethernet connection, if our host computer occupies the one or is using other mask. In my case, my host computer has static address, which happens to be the same as the default one in OpenWRT.

Here’s short example how to change it:

We also want to enable the AP using the wifi adapter:

After a while you can establish a connection with SSID YourSSID and password key123.

The second adapter is connected to the USB port on the back of the device. It’s some cheap Ralink RT5370 based chip, which are popular and in nice form factor (small footprint and removable antenna). 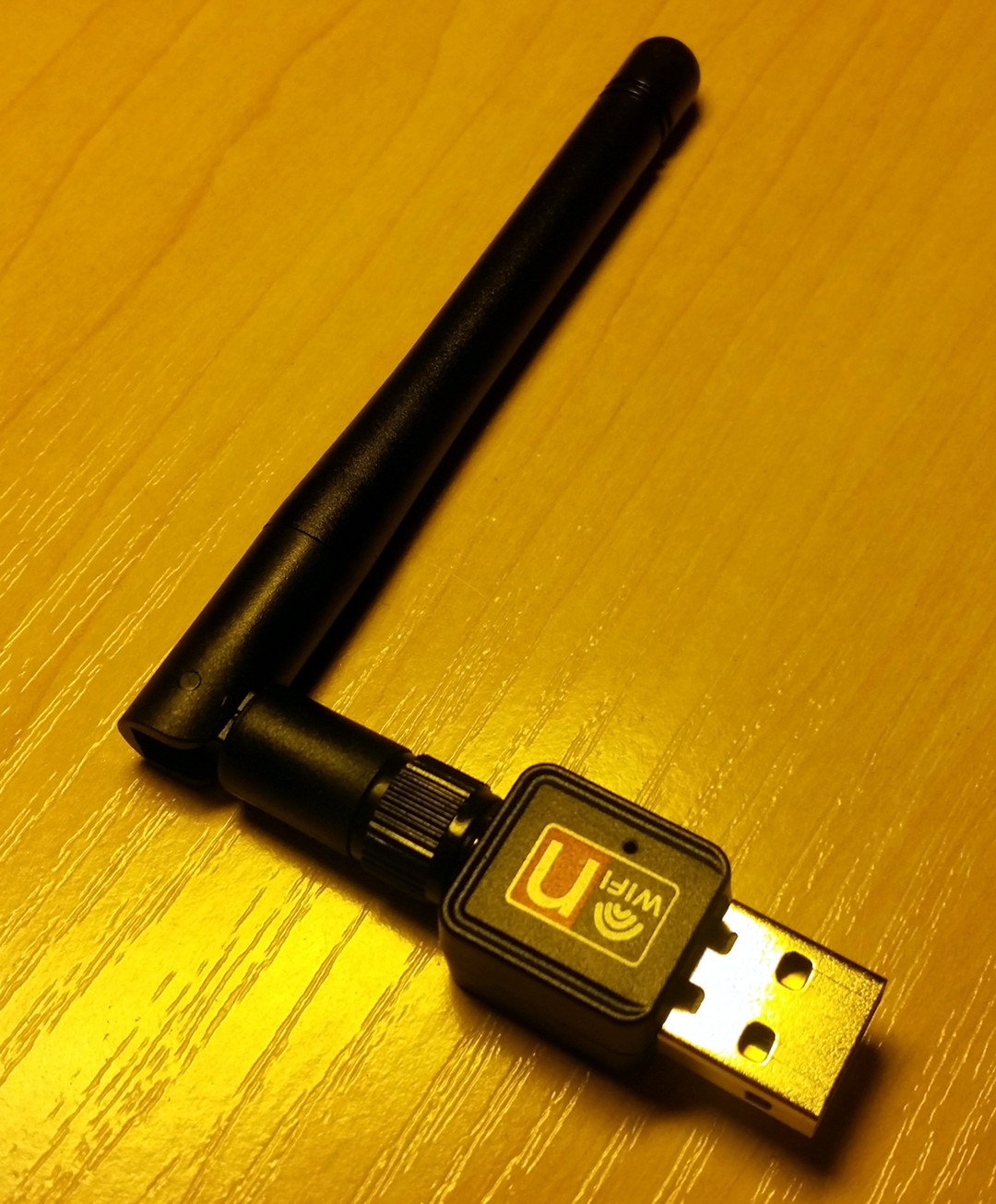 In order to enable it, we need additional kernel module, which is available in OpenWRT:

After building and booting the new image, interface should be available by checking ifconfig -a.

Unfortunately we don’t have the new interface in OpenWRT’s configuration system. Right now the /etc/config/wireless file looks like that:

In order to add new device, I found that it’s easiest to generate generic one, with all interfaces detected and add the new one to the file. We can do it this way:

There is an additional section with the new adapter (radio1 and wifi-iface for radio1). We can copy this section to /etc/config/wireless and change the options we need. After that, we can run wifi command to accept the settings and enable all radios.

Here are some results I’ve got when done some tests using iperf3. 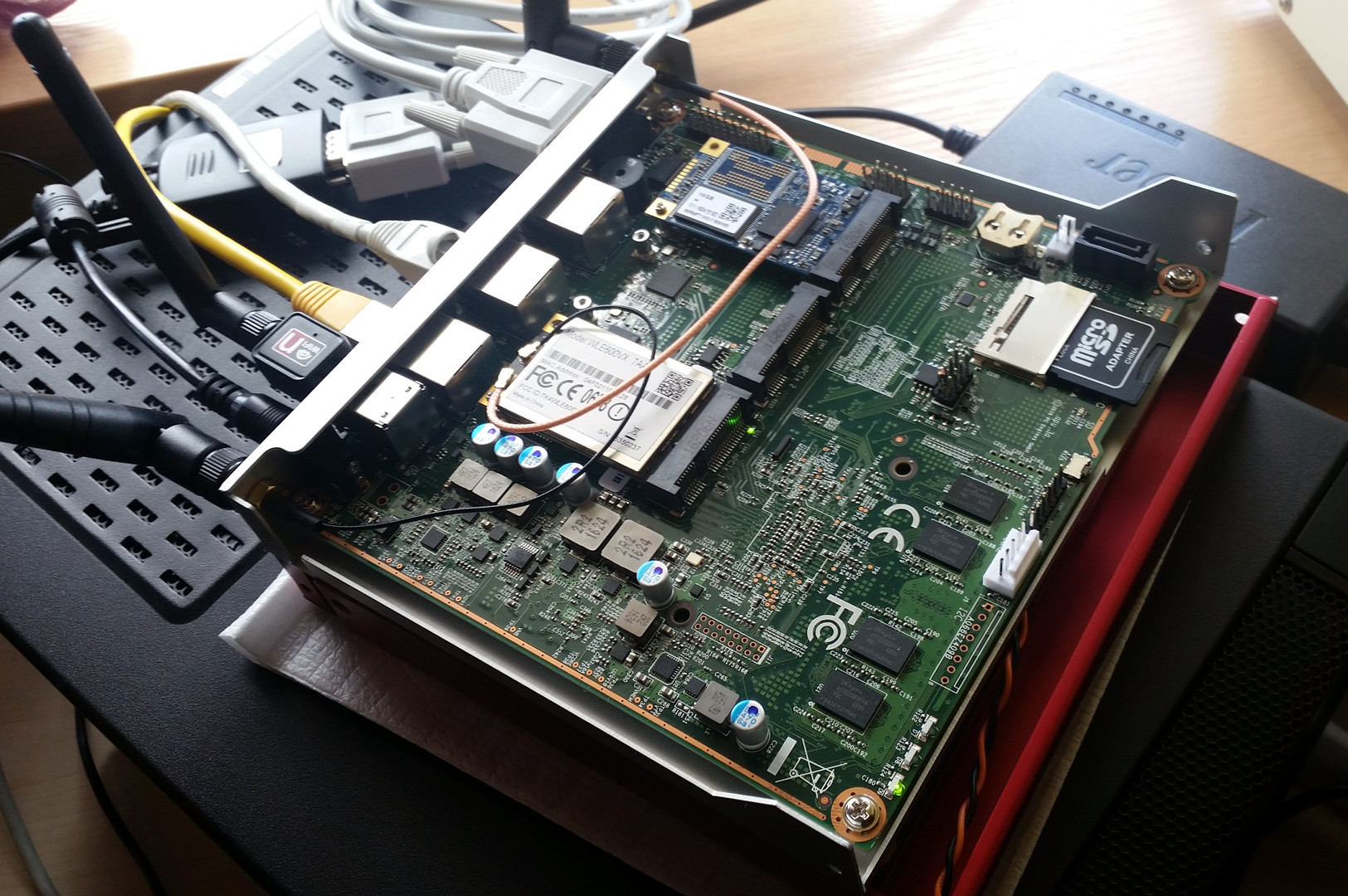 We hope you have enjoyed reading this article. If you have faced problems installing your system of choice on any PC Engines platform, please let us know by using comments below or by social media channels. We would be glad, to help you solve your issues. If you are in need of a professional support, we are always open for new challenges, so do not hesitate to drop us an email at contact@3mdeb.com

Kamil Wcisło
Senior Embedded Systems Engineer with 9 years of professional experience. Skilled device driver developer for Linux and firmware in each scale. Dedicated to all wireless communication like LoRa, 802.15.4, WiFi and many other. Former Intel BIOS Software Engineer.